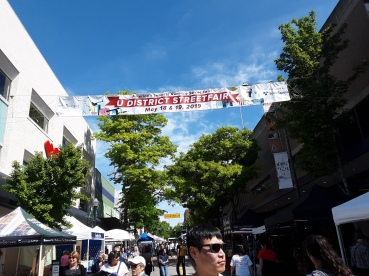 Just like every years since 2001, I attended the University District Street Fair located on “The Ave” in the University District neighborhood in Seattle. I love attending the U-District Street Fair for many reasons. One of which is that it has helped a great deal with my depression with me getting out of the apartment and has become a tradition for me because of that.

Curly Fries. You can watch them make the curly fries from a homemade tool and potato’s they grow on their farm.

The second reason I go to the U-District Street Fair is for the food. Got to love the food. The one food I look forward to every year is the curly fries. This year I had a tough time finding them as the curly fry people weren’t in the same general area as they typically are in. I am grateful that they are still at the U-District Street Fair. Got to love the food. 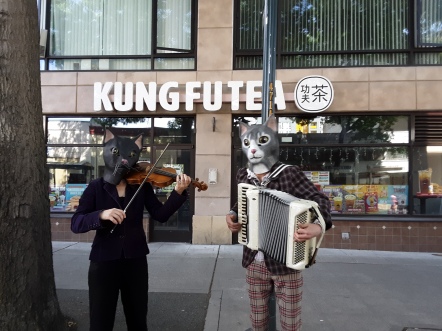 Just a couple of the characters you see doing street performances at the U-District. In this case it is two people play music with cat mask on.

The fourth reason I go is for the art. Sadly, many of the artist don’t like having pictures taken of their art or I would have done so. The only way is to buy the artwork and in most cases I am unable to afford it.

Random thoughts and poems (and photographs) written in the grammatical tense "Future Imperfect".